Our Products
view all... 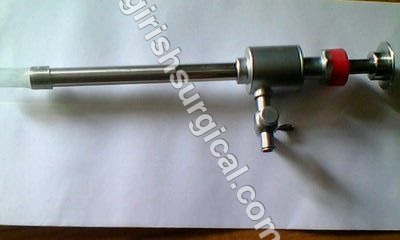 A trocar  is a medical instrument with a sharply pointed end, often three-sided, that is used inside a hollow cylinder (cannula) to introduce this into blood vessels or body cavities. Trocars are also used to introduce ports in the abdomen, such as during laparoscopic surgery. Sometimes the combined trocar and introduced cannula are referred to as a trocar. The trocar is often passed inside a cannula, and functions as a portal for the subsequent placement of other devices, such as a chest drain, intravenous cannula, etc.

Originally, doctors used trocars to relieve pressure build-up of fluids (oedema) or gasses (bloat). Patents for trocars appeared early in the 19th century, although their use dated back possibly thousands of years. By the middle of the 19th century, trocar-cannulas had become sophisticated, such as Henry Herbert Southey's (1783–1865) invention of the Southey tube.[2]

In modern times, surgical trocars are used to perform laparoscopic ('keyhole') surgery. They are deployed as a means of introduction for cameras and laparoscopic hand instruments, such as scissors, graspers, etc., to perform surgery hitherto carried out by making a large abdominal incision ('open' surgery), something that has revolutionized patient care. Today, surgical trocars are most commonly a single patient use instrument and have graduated from the 'three point' design that gave them their name, to either a flat bladed 'dilating-tip' product, or something that is entirely blade free. This latter design offers greater patient safety due to the technique used to insert them.

Trocars are also used near the end of the embalming process to provide drainage of bodily fluids and organs after the vascular replacement of blood with embalming chemicals. It is attached to a suction hose (which usually is attached to a running water source and drain known as a hydroaspirator). The process of removing gas, fluids,and semi-solids from the body cavities and hollow organs using the trocar is known as aspiration. The instrument is inserted into the body two inches to the left and two inches up from the navel. After the thoracic, abdominal, and pelvic cavities have been aspirated, the embalmer injects cavity fluid into the thoracic, abdominal and pelvic cavities using a smaller trocar attached via a hose which is connected to a bottle of high index cavity fluid. The bottle is held upside down in the air so as to let gravity take the cavity fluid through the trocar and into the cavities. The embalmer moves the trocar in the same manner that he or she used when aspirating the cavities in order to fully and evenly distribute the chemical.

After cavity embalming has been finished, the puncture is commonly sealed using a small, plastic object resembling a screw, called a trocar button.

Trocar are also used by veterinarians and their applications include reliving of acute cases of cow bloat. A wide bore trocar can be passed through the skin into the stomach to remove the gas, alternatively the trocars may be inserted directly into the stomach following anaesthesia in order to reduce the chances of infection. 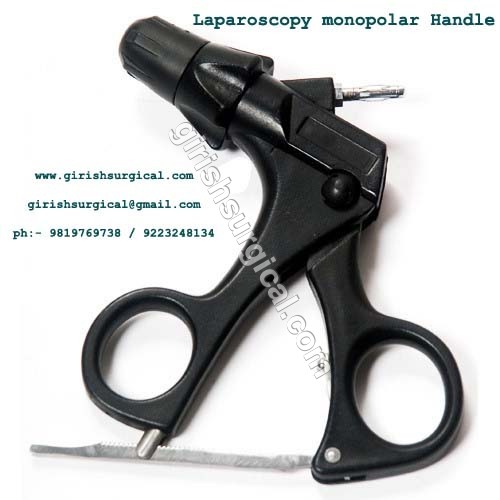 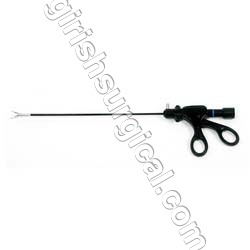 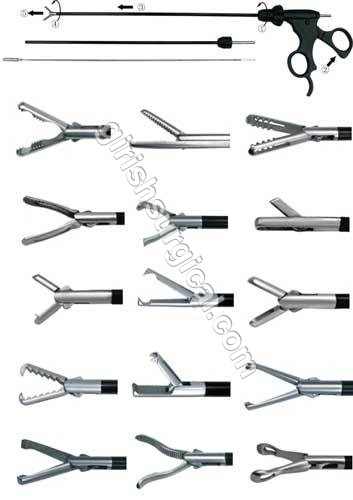 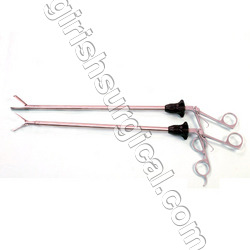 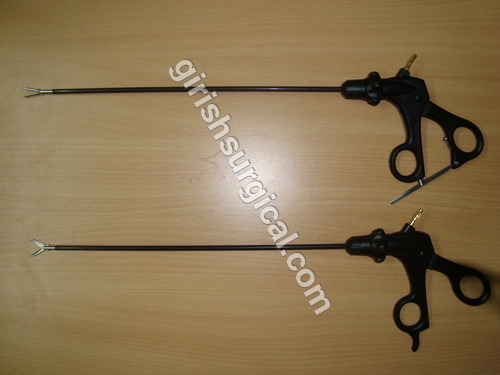